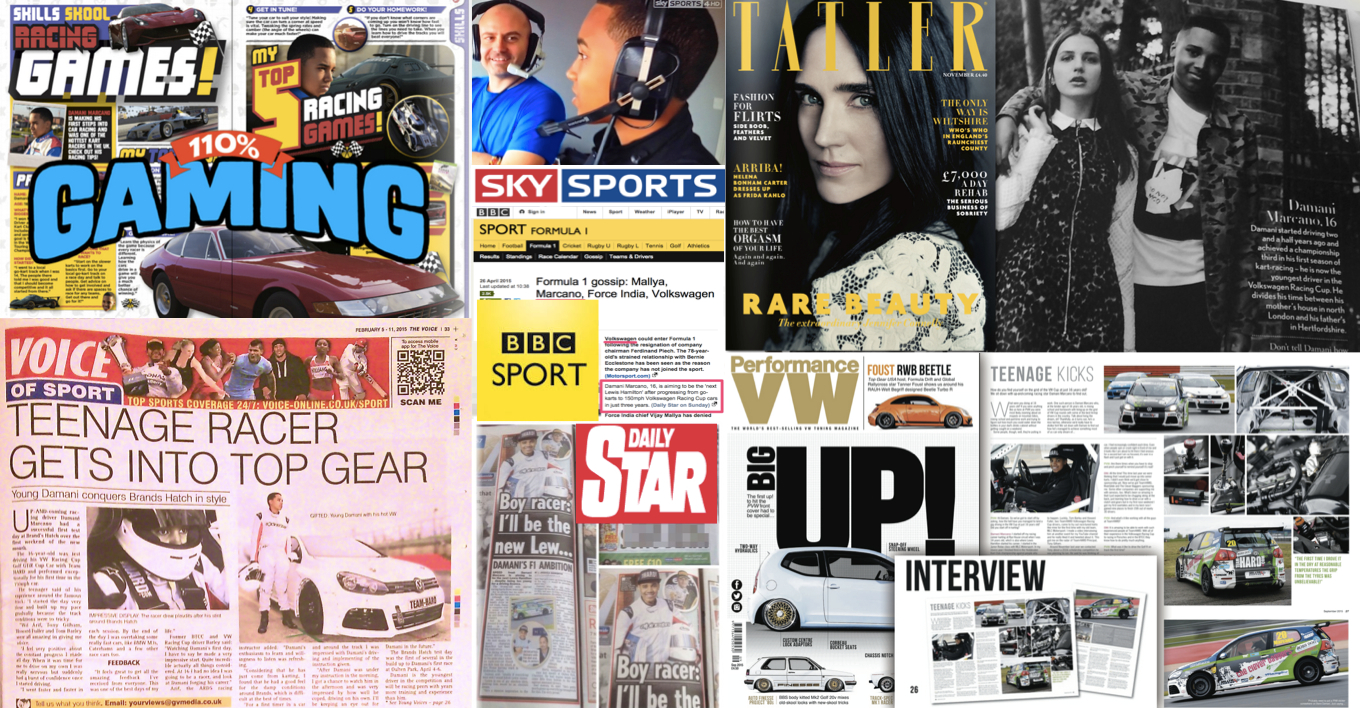 Sponsors impressed with 2.2 Million Views in the Press & Online Media!

- “One of the hottest young racing drivers in the country!” -

“we have seen an increase of over 11% in turnover and we believe that the additional brand awareness and conversations generated by Damani have played a key part in this.” –Viv Lacey-Johnson, The Clever Baggers 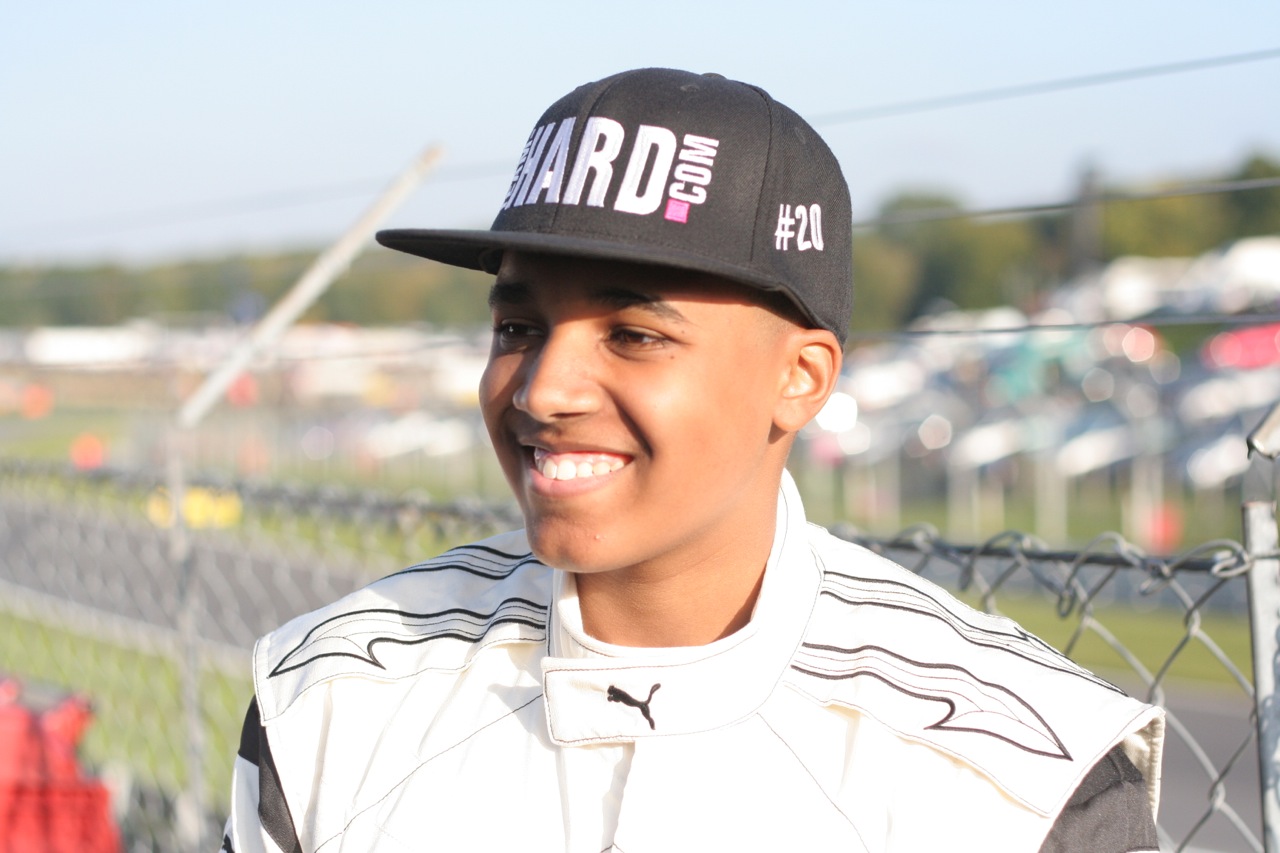 Teenage racing sensation Damani Marcano was recently described as “one of the hottest young racing drivers in the country” by Tatler magazine, underlining the breadth of this youngster’s media appeal. Not only has Damani set new records on track, not least the youngest driver to qualify on the front row and achieve fastest-lap in a VAG Trophy race weekend, Damani has impressed off the track with unprecedented pre-season and in-season media coverage. With over 2.2 million views in articles featuring him and sponsors brands, Damani has impressed not only his team but his 2015 backers. Highlights can be seen on his website (http://damanimarcano.com/media-highlights) and online coverage book (http://coverage.damanimarcano.com). One sponsor, The Clever Baggers, noted an 11% increase in revenue since partnering with Damani in the middle of the 2015 season.

Coverage ranged from national newspapers, internationally distributed magazines, local press in Kent, Hertfordshire & North London. These figures do not include the 1 million impressions on his own twitter updates, over 70,000 views on YouTube and millions of impressions in his TV appearances across Channel 4, Motors TV and Sky Sports. 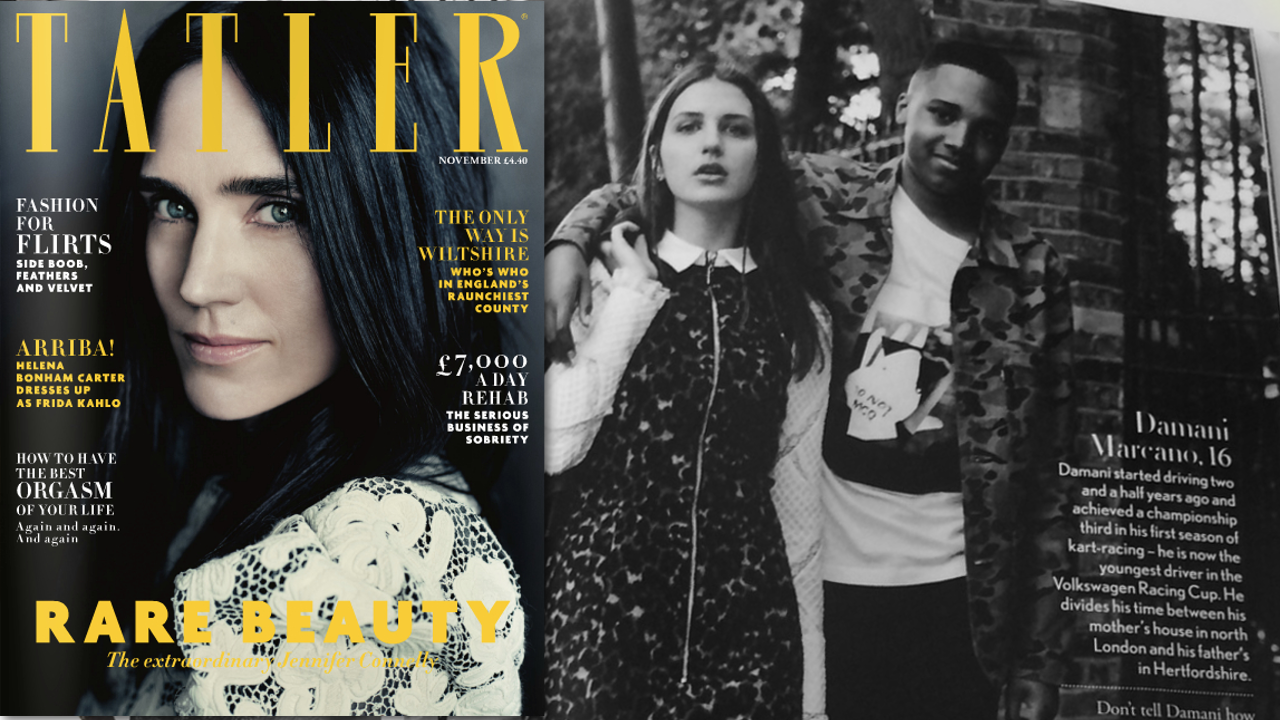 Vivian Lacey-Johnson of, premier sponsor, The Clever Baggers: “We are so impressed with the press Damani has achieved so far, and the buzz around him on social media has been fantastic as each of his new audience members gets exposure to The Clever Baggers’ brand. Damani’s performance both on and off track have generated exciting conversations with our customers which might otherwise not have happened. This year we have seen an increase of over 11% in turnover and we believe that the additional brand awareness and conversations generated by Damani have played a key part in this.” 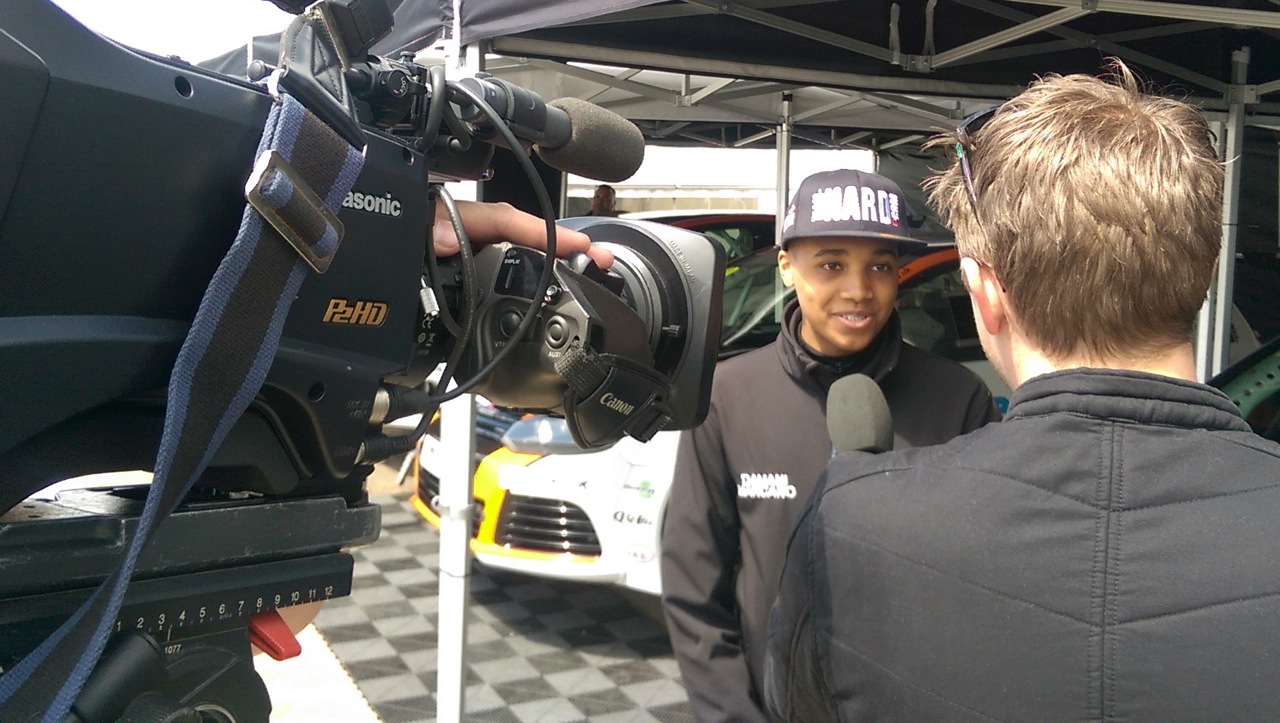 Tony Gilham of Team HARD, Damani’s principal sponsor in 2015 said: “Damani’s successes in 2015 weren’t just on the track but off the track too. His interactions with the media, his on stage presence as an invited guest at car shows, coverage in newspapers and magazines delivered levels of exposure for the team, our sponsors and his, that were well beyond expectations. Damani proved to everyone what I saw in him – he is the complete package as a driver and it’s our pleasure to continue working with him.”

Damani Marcano commented: “I know that my racing is only possible in partnership with the brands I work with and I work as hard outside of race weekends as I do during them to support my backers. Sponsorship is more than logos on a car and race suit. There’s client hospitality at race weekends, track-days in my race-car, social media competitions too. But really it is about creating a story together seen by my audience and my sponsors’ audiences so they always stay in the minds of their customers. This is why, when I’m not at school or studying, I work very hard on social media to promote my sponsors and go everywhere I can to tell the story we are building together.” 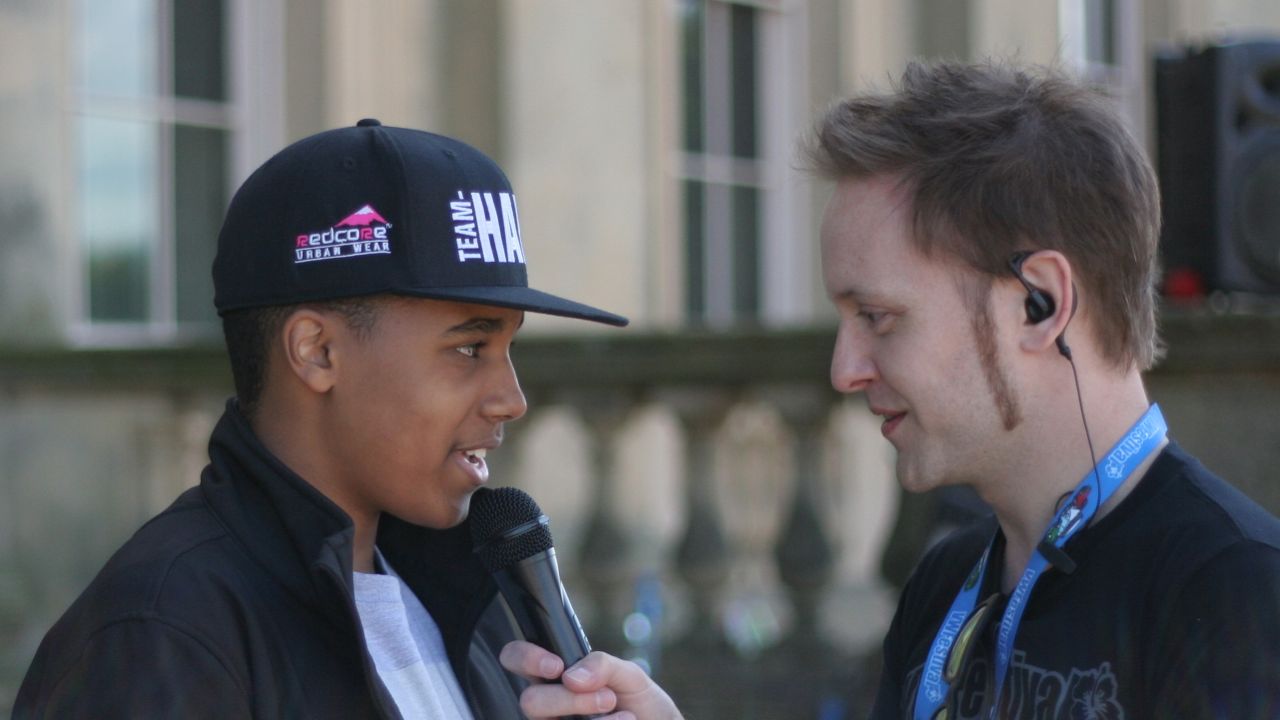 A strong team has grown around Damani in the form of In The Bag PR and Integra Sports Partners, who play a crucial role in amplifying Damani’s reach with the media. Now, as preparation for the next season begins, several new brands have already expressed an interest in partnering with Damani with financial backing and/or supply of products and services and discussions begin soon with those keen to be a part of Damani’s story into 2016.

Watch an interview with Damani from earlier in 2015 plus other highlights on his YouTube channel here: