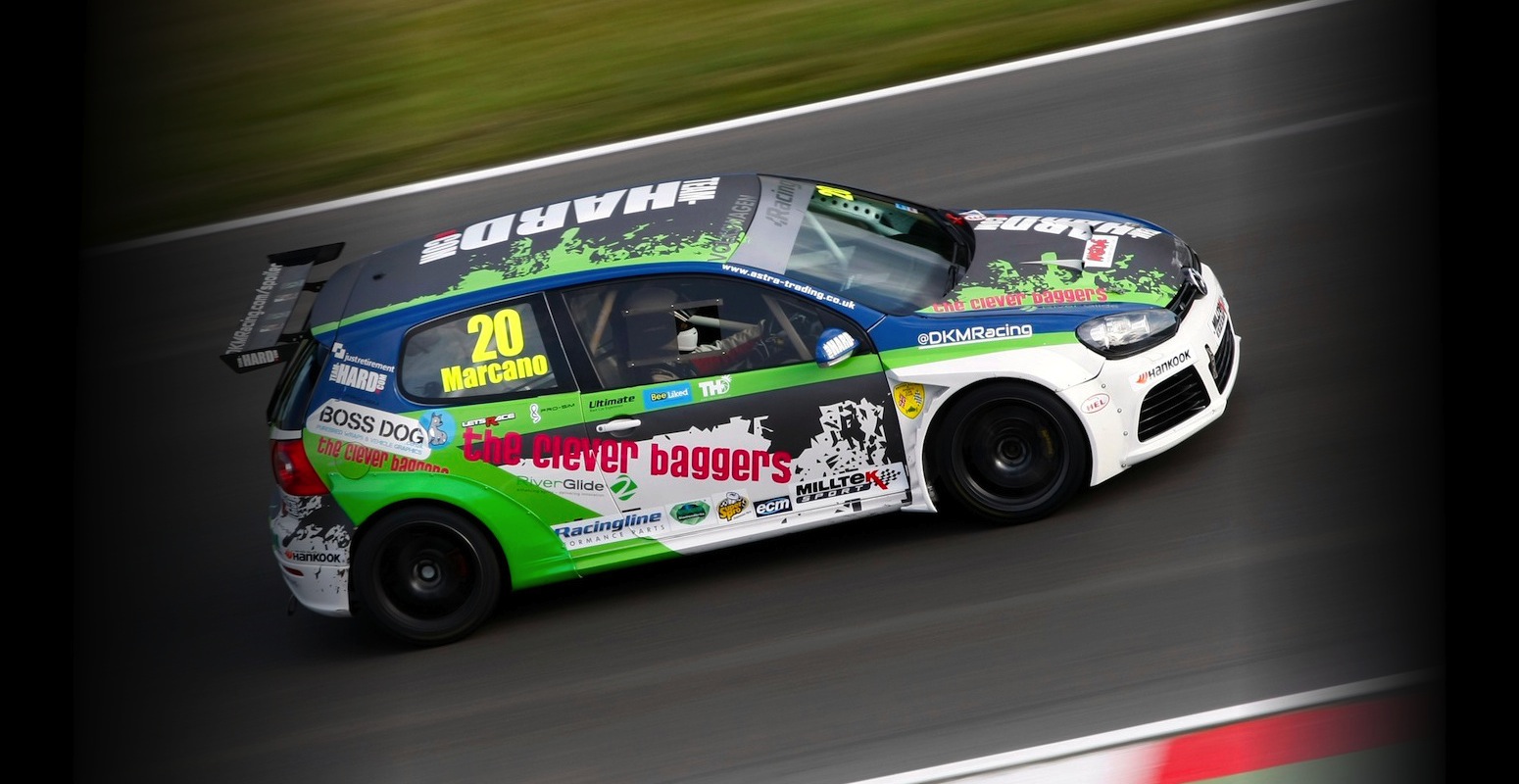 “This year we have seen an increase of over 11% in turnover and we believe that the additional brand awareness and conversations generated by Damani have played a key part in this”
– Vivian Lacey-Johnson, The Clever Baggers

Damani’s 2016 sponsor preview pack has just been released. Here are some of the top-tips for creating a buzz around your brand. Sponsorship is one way but not the only way. Whether purchased individually or combined into a season-long sponsor package the ways in which Damani can help you grow your business are endless…

What kinds of stories do your customers read the most when you email them? Everyone is telling the “10% off” story. How many are telling stories like “Win a drive in Damani Marcano’s race car” or “Free VIP hospitality at the British GT or BTCC with each purchase of…” or “See what happened when our customer, Mrs Somebody, was taken for a passenger ride in a race car”? Making things ever cheaper than the competition is a race to the bottom. With the stories that Damani helps you create, it is a race to the top.

Create a buzz at events

With your branding all over Damani’s car, imagine the buzz it would create at a shopping mall, a show, marketing event or your show-room. Even better, with Damani there too – talking to people about how cool your brand is and helping you to strike up new conversations.

Impress your new clients and create loyalty with existing ones by taking them to the British GT Championships & the British Touring Car Championships with exclusive access to Damani and his race car. Of course, you will enjoy VIP Hospitality with breakfast, lunch and refreshments all day and a comfortable VIP area to relax in between races.

Say thank you to your best performing staff with a track-day where they drive race cars like Damani’s at Brands Hatch (or your nearest race track). Or, take everyone for a day-out with VIP Hospitality at the British GT Championships or the British Touring Car Championships.

With 15,000 people at each race weekend, plus television coverage on Channel 4, Motors TV and more plus coverage just about Damani across mainstream media, your brand will get seen just about everywhere. Beyond that, fans take photos of him and his car and share them across social media – more than we can even keep track of. Plus, he’ll help promote you to his social media audience too and create opportunities for you to increase engagement to your audience when you retweet or share what he says about you to your audience. On Damani’s Twitter profile alone, there were over 1 million impressions on his Tweets and Retweets in 2015!

Inspire people and get them talking about you

A well-known driver coach said “Damani is a pioneer and an inspiration to any kids who are told to lower their expectations from life.” Damani has had to work extremely hard to get his career this far and he’s done it in spite of everyone telling him that it couldn’t be done unless he won the lottery. He can deliver a talk about how he learned that anything is possible. Hopefully this will inspire your teams or your customers after they listen to him tell his story at a staff conference or marketing event.

These are just some ideas to give you some inspiration. What are you inspired by?

To make this story about your brand,
get in touch now. 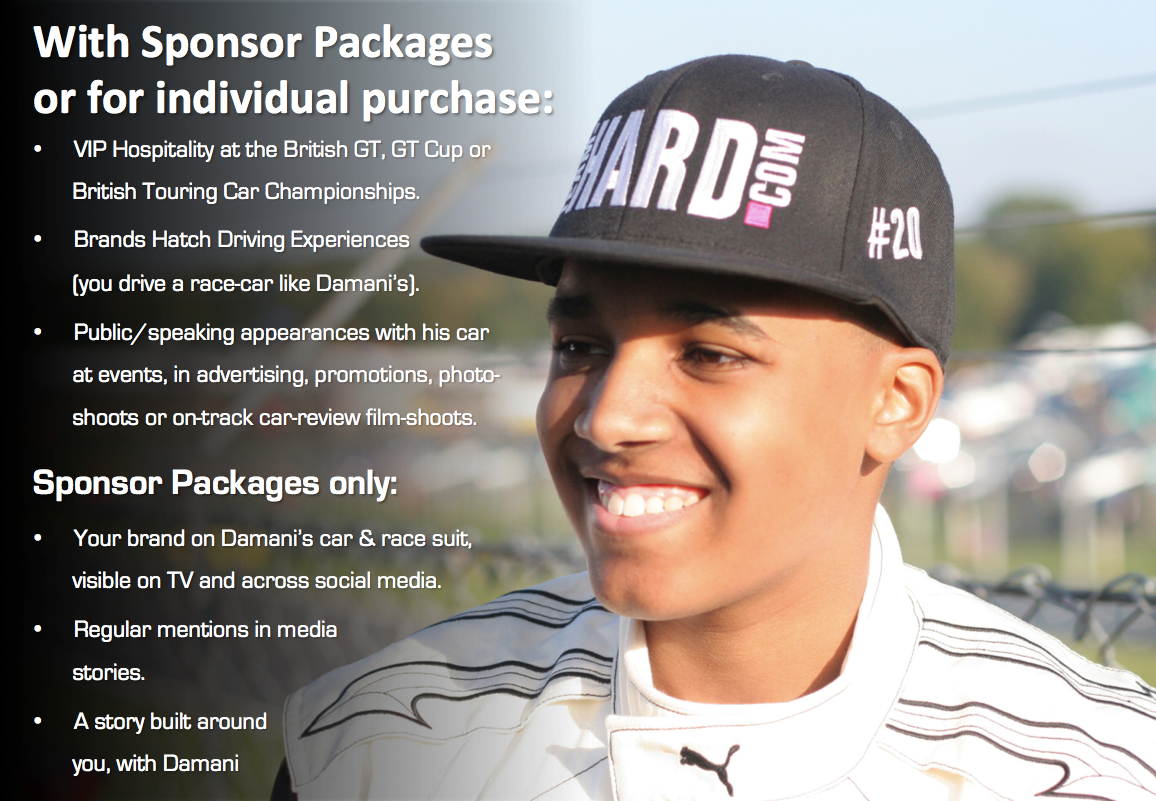