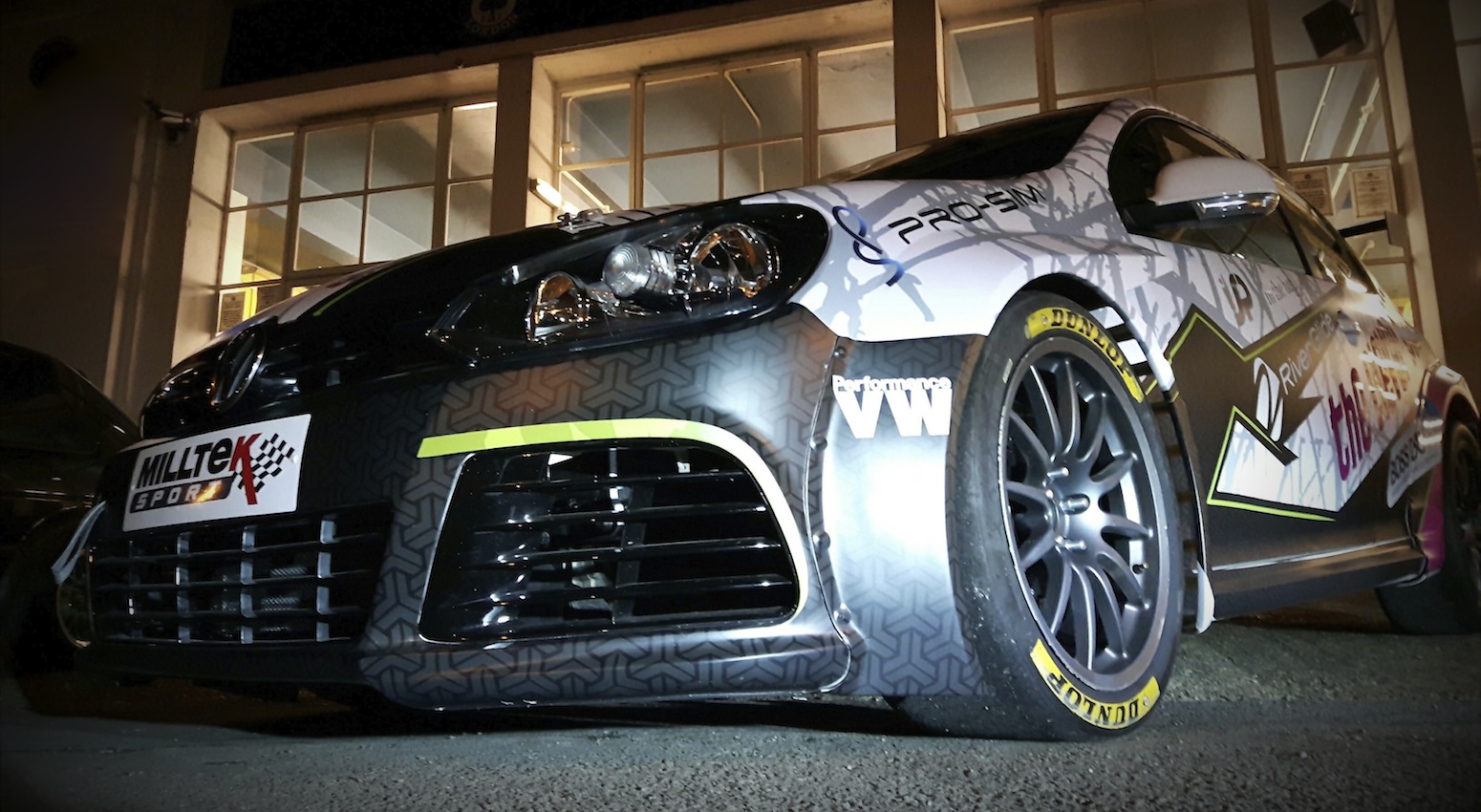 The iconic Ace Café London played host to Team HARD racing driver, Damani Marcano’s unveiling of his all new 2016 Volkswagen Golf race car on Tuesday evening. The striking VW Golf GTI R Cup Car was built by Team HARD. Racing with livery designed by BossDog Graphics. The stunning VW was keenly greeted by many Volkswagen enthusiasts. The unique livery showcases title sponsors, The Clever Baggers‘ branding amongst other sponsors as well as the Team HARD & The Clever Baggers colours which happened to be the same. This eye-catching car is set to become the most photographed car in the Volkswagen racing paddock. 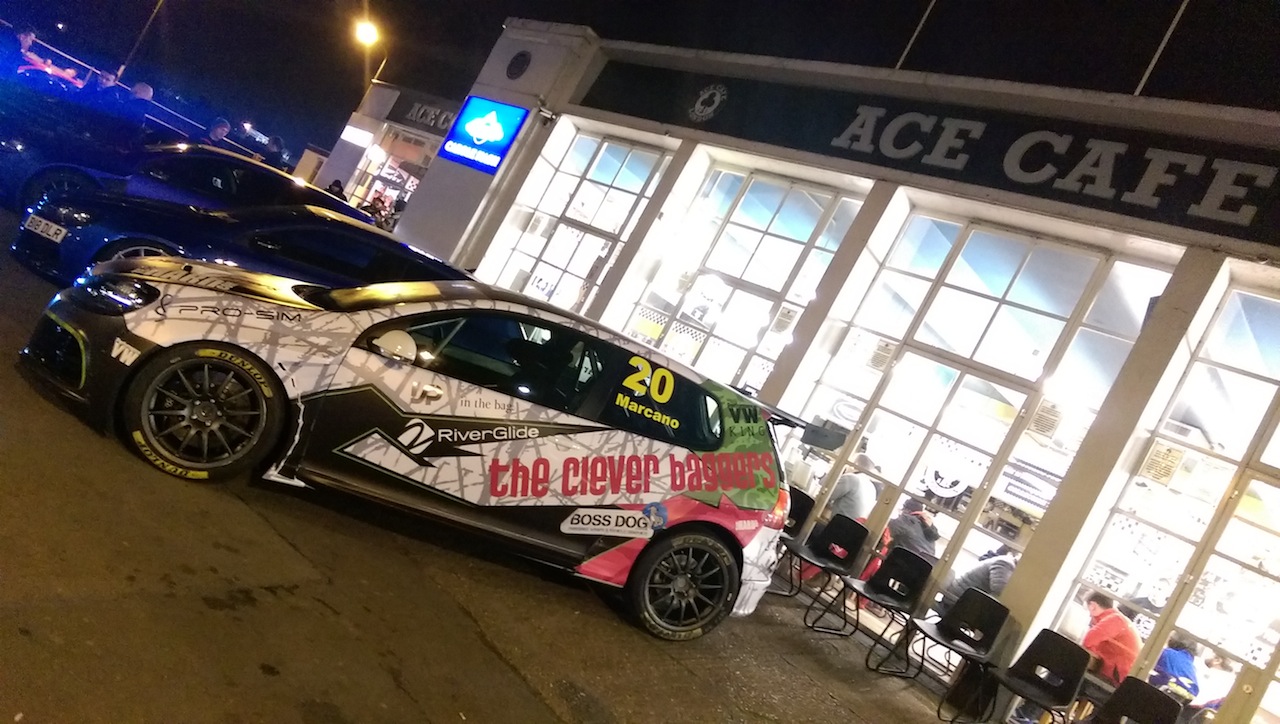 Photo can be used without credits.

The VAG (Volkswagen Audi Group) enthusiasts gathering at the Ace Café, not only unveiled Damani’s car but also brought together many rare and high performance VW and Audi’s for budding petrol heads to enthuse about. Performance VW Magazine was there to capture the unveiling and excitement as the publication documented the build of the car – to be seen on shelves early in the 2016 season. The magazine is the premiere publication for enthusiasts of high performance Volkswagen-group road cars.

The evening included sports mentor, Ivor Bourne of Integra Sports Partners, hosting a short Q&A, interviewing Tony Gilham and of course Damani Marcano himself. Ivor has had no shortage of exposure to top driving talent with a career that includes working for Mercedes AMG F1 from 2012 to 2014, and being part of the team that supported drivers Lewis Hamilton and Nico Rosberg. Ivor played an instrumental part in that team’s success, winning both the Constructor’s and Driver’s World Championship in 2014. Now his focus is on Damani Marcano. 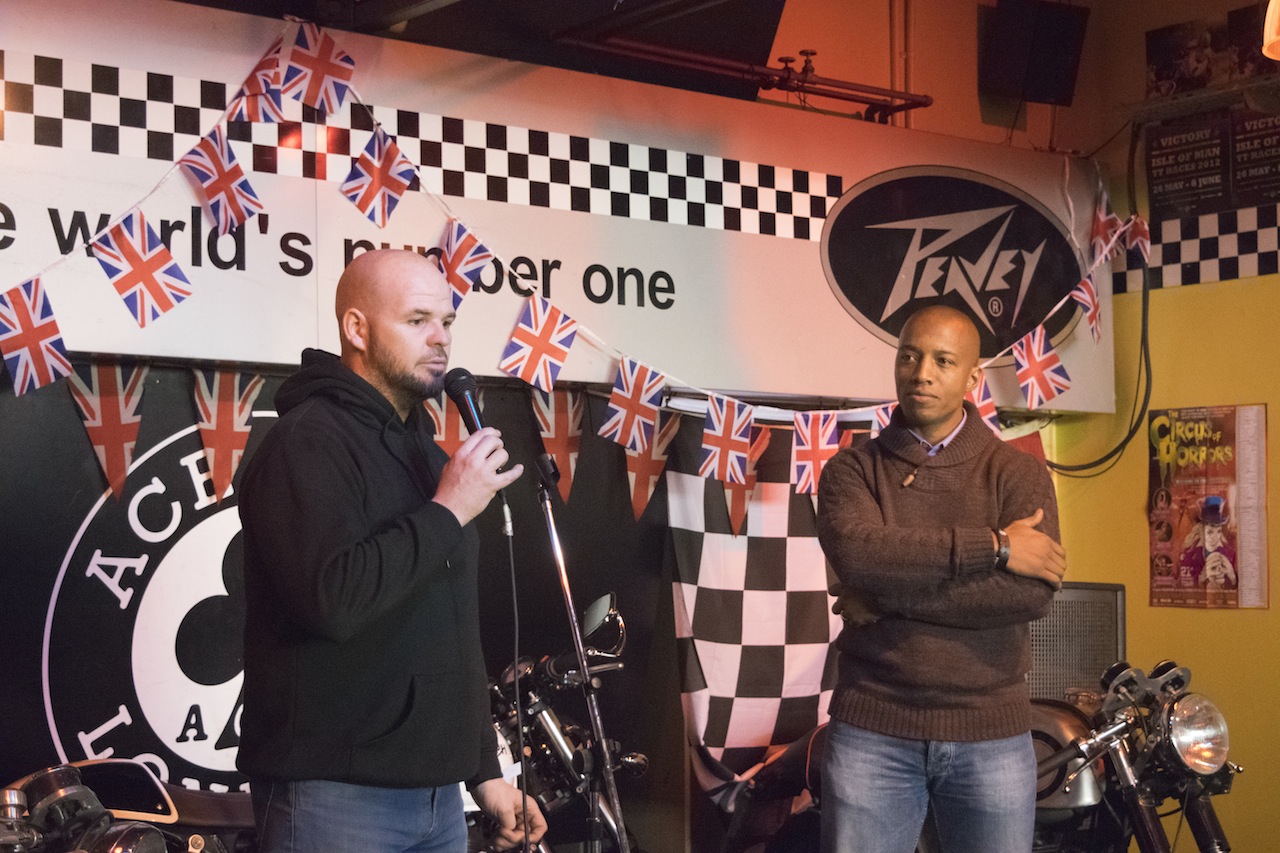 Tony Gilham of Team HARD, announced the Team HARD 2017 scholarship competition – a chance to win a fully sponsored racing season in 2017. This scholarship opportunity is open to any driver who thinks they have the talent to join Team HARD, alongside Damani, and compete in one of the most exciting racing series in the UK – the Volkswagen Racing Cup.

Team HARD racing principle Tony Gilham comments: “Damani appeals to everyone, he has the whole package and this is proof that we chose the right person to support. We want and feel that we can take Damani to the top!” 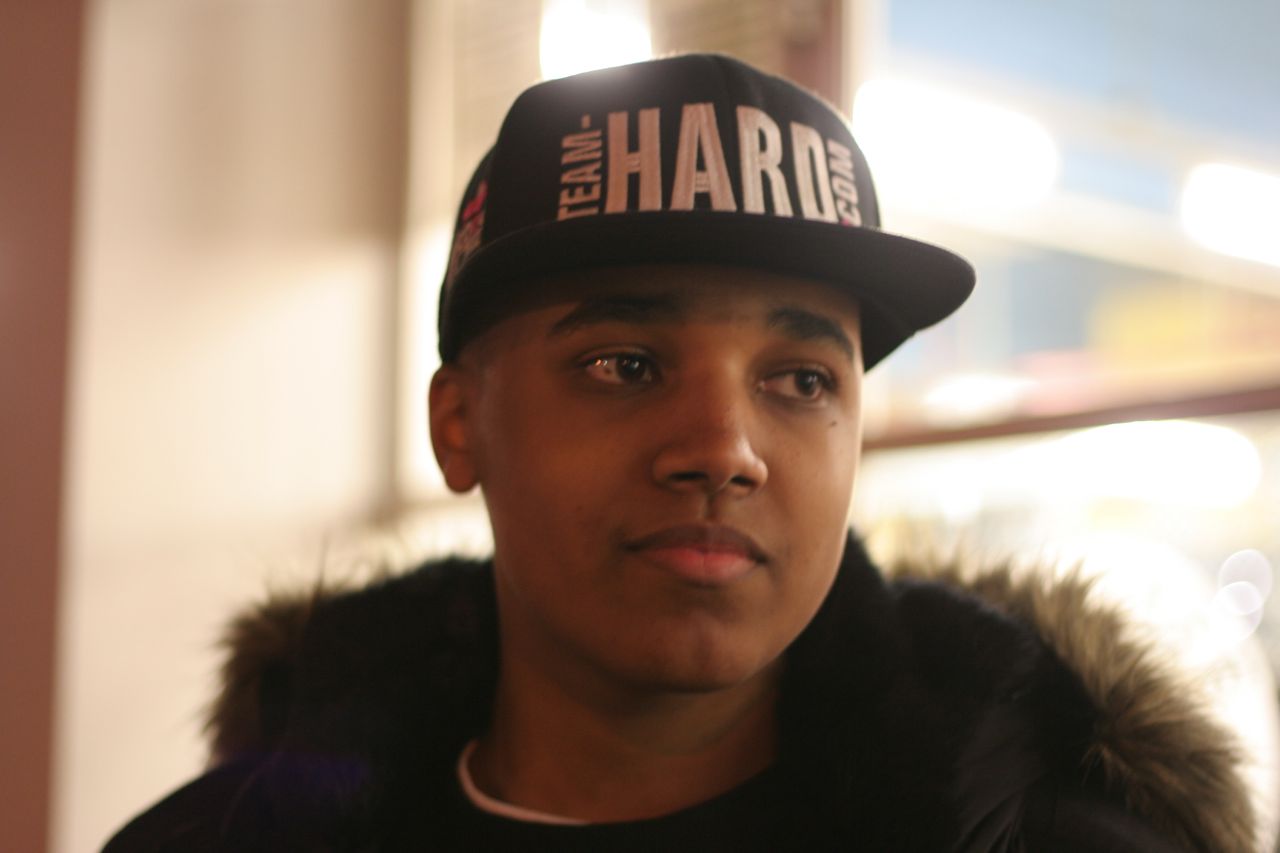 Damani Marcano. Photo can be used without credit

Team HARD racing driver Damani Marcano comments: “I’m so pleased with the build and livery of the new car. It looks absolutely amazing and I am so happy to have this opportunity and all the incredible support from my sponsors, partners and fans. I have huge plans for the upcoming season and I am looking forward to progressing throughout 2016.” 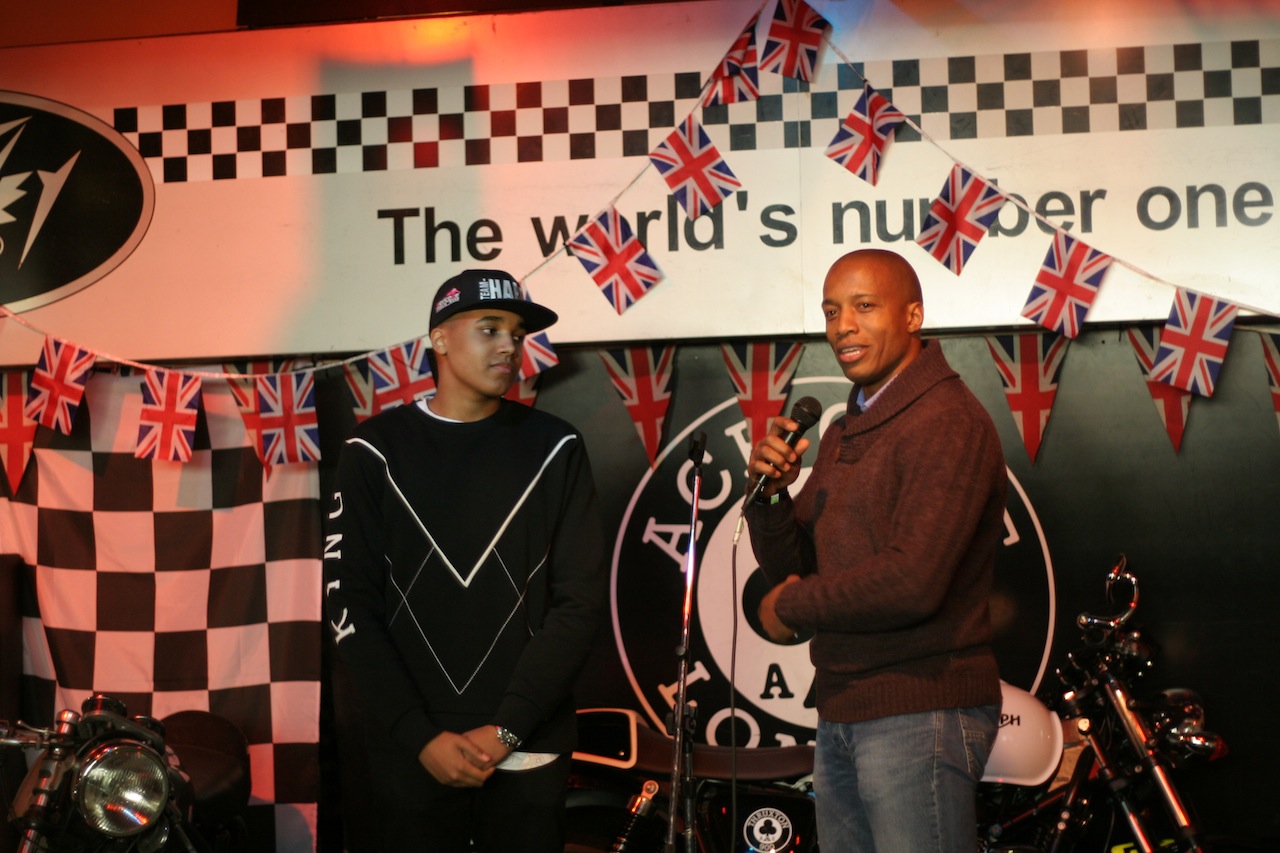 Damani Marcano, Ivor Bourne. Photo can be used without credit.

Ivor Bourne co- founder of Integra Sports Partners comments: “This has been a huge step up for Damani and as always he has risen to the challenge. It is great to see sponsors and members of the team offering their support. It was also inspiring to hear that some of the car enthusiasts had come purely to see Damani and follow his journey. Damani is gaining more and more exposure and is growing every day as a driver and a young man”.

Title sponsor The Clever Baggers were in attendance and co – director Vivian Lacey-Johnson was able to showcase his own VW Golf R mark 7. Vivian was as much at the event to support Damani as to indulge his own hobby and passion for VW’s.

Vivian Lacey-Johnson of, title sponsor, The Clever Baggers: “Being a real car enthusiast I was delighted to attend this exciting event at the Ace Café. Damani’s car looked incredible and really showcased our brand. It was just an added bonus that I was also able to see some other interesting cars too! Such as the VW Vento VR6 as it is a very rare model. But of course, the star of the show was Damani’s VW Golf GTI R Cup Car. Damani has made great progress and we can’t wait for the season to begin!” 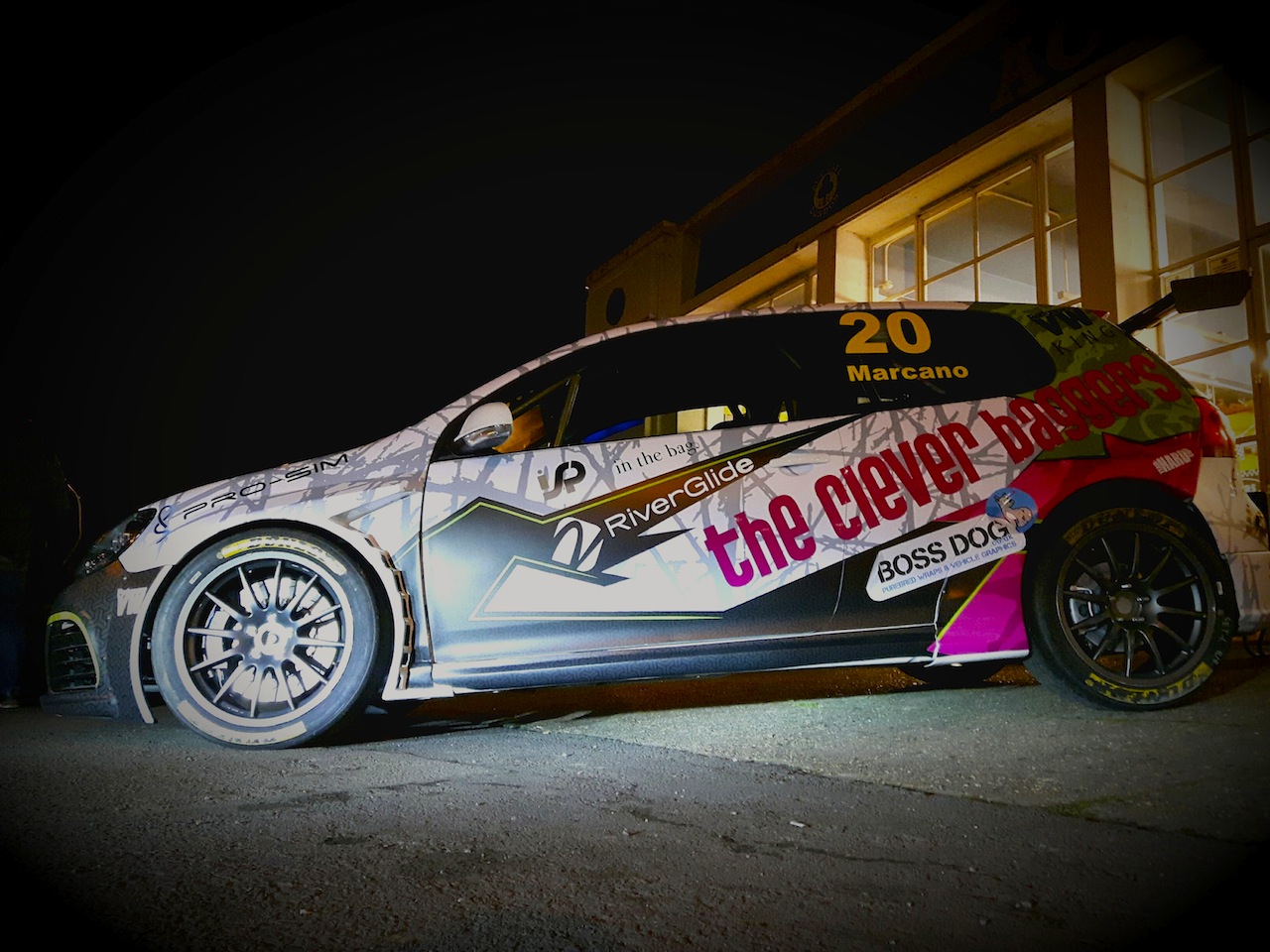 For more information on The Clever Baggers please see: