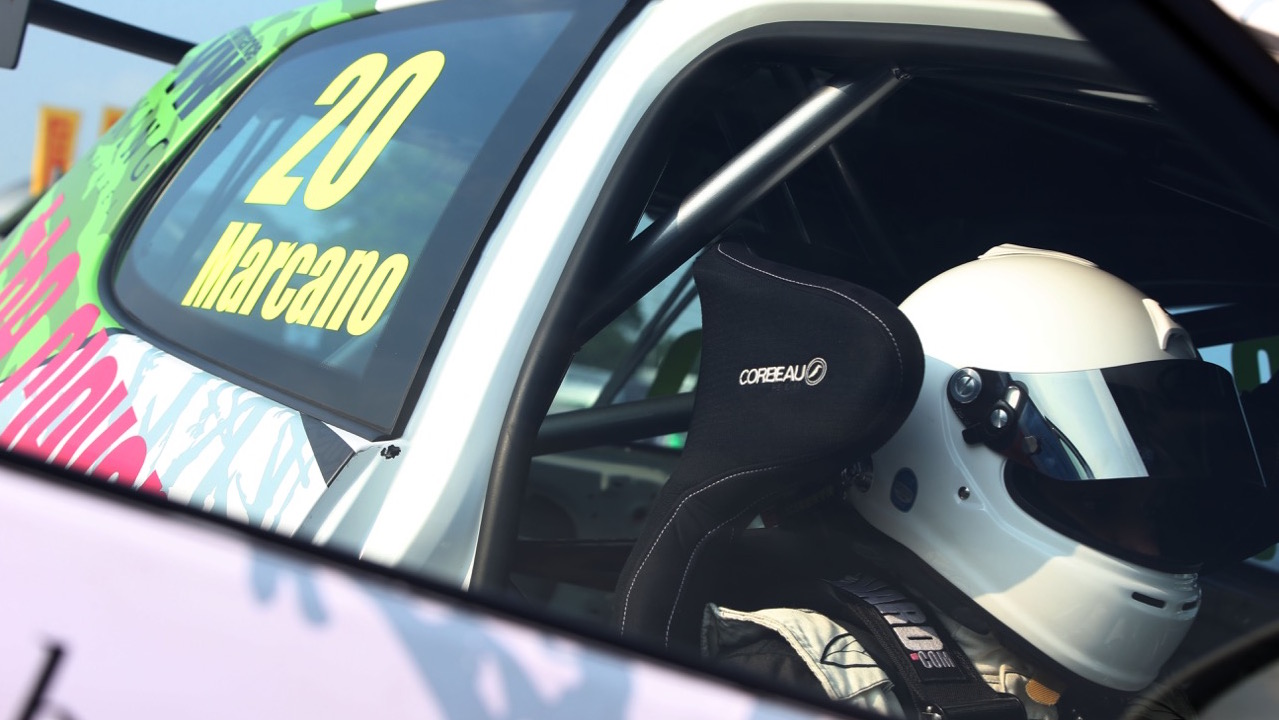 North London A-Level student and Hertfordshire racing driver Damani Marcano, recently competed in severe weather conditions in the VW Racing Cup at Silverstone (12th June 2016) – home of the British Grand Prix.  The 17 year old’s first race of the day, in torrential rain and a blinding wall of spray, resulted in a serious crash with a car ahead that was crawling along the track having lost power. Invisible to Damani until the last second, the slow moving car suddenly appeared from the spray. Both drivers were fine and walked away from the collision, a testament to the levels of safety in motorsport today, but Marcano’s 260bhp Team-HARD. VW Golf GTI R Cup Car was left in bad shape.

After Race 1 the Team-HARD. crew pulled together in tremendous form, re-building Damani’s car, sourcing parts from team cars and even stripping Team Principal Tony Gilham’s road car for bodywork!  In the space of four hours the team brought Marcano’s car back to life and made them both race-ready, minutes before the call to line-up, the decision was made by race officials to cancel the second race and not risk the treacherous conditions again.

See the onboard camera footage of the crash here: https://youtu.be/7sucVrIJPAg

The crash at Silverstone was costly to the young driver and now the race is on to raise enough funding to perform permanent repairs to the car and support the continuation of his season at one of the biggest races of the year – Spa Francorchamps.  Damani is offering new sponsorship opportunities to local businesses in a bid to raise the funding he needs. 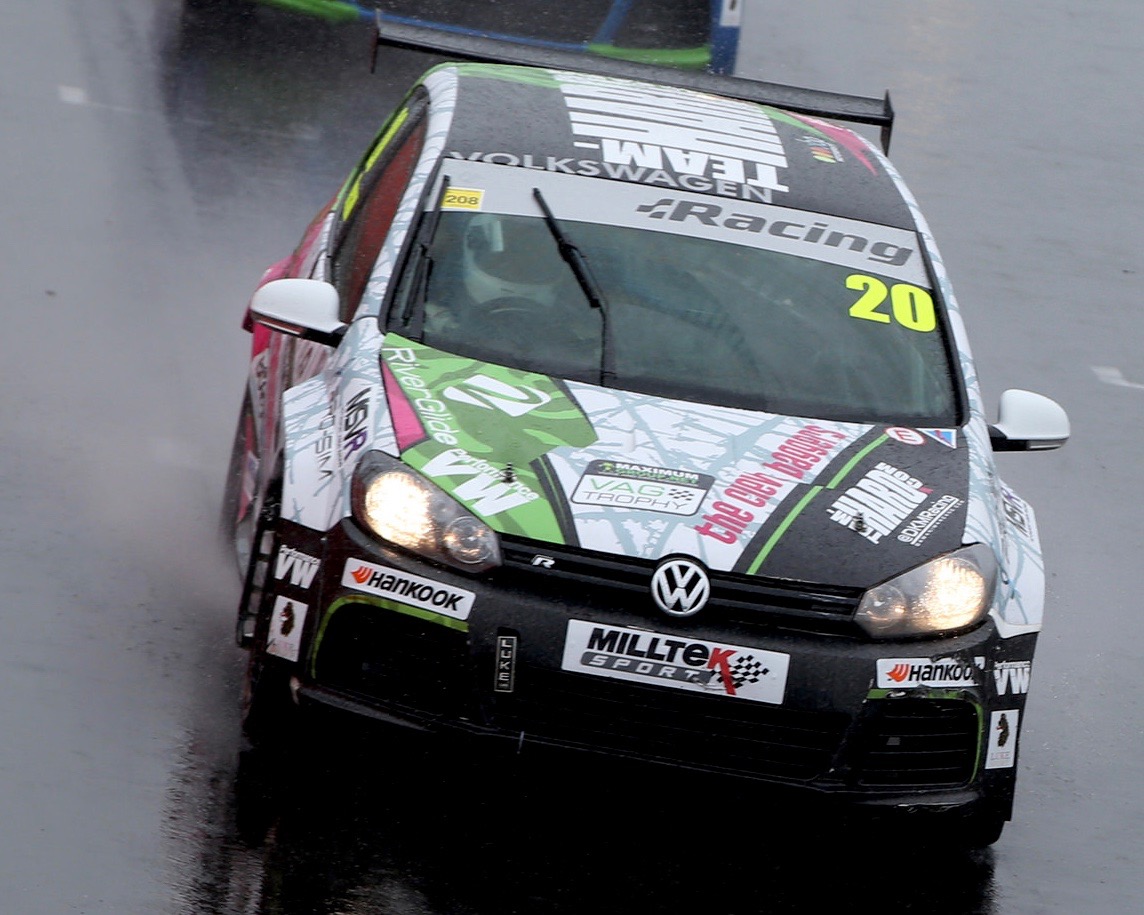 The Volkswagen Racing Cup attracts grids of up to 30 drivers and is a support race in the British GT Championships, attracting spectators of up to 15,000 along with much larger viewing figures on Channel 4 and Motors TV. Damani, the youngest driver in the series, is tipped to be a future star of the British Touring Car Championships. Racing against experienced adult drivers only since he was 16 and now in only his second season Damani has been moving up the field with his best finish to date at the last round just 3 places from the podium.

With nearly 4,000 followers on social media and over 1.4million impressions on Twitter in 2016 alone, VIP Hospitality packages and more, Damani Marcano presents a unique opportunity for local businesses to reach a wide new audience. Companies can support Damani with car-parts or cash sponsorship packages; all budgets can be accommodated. 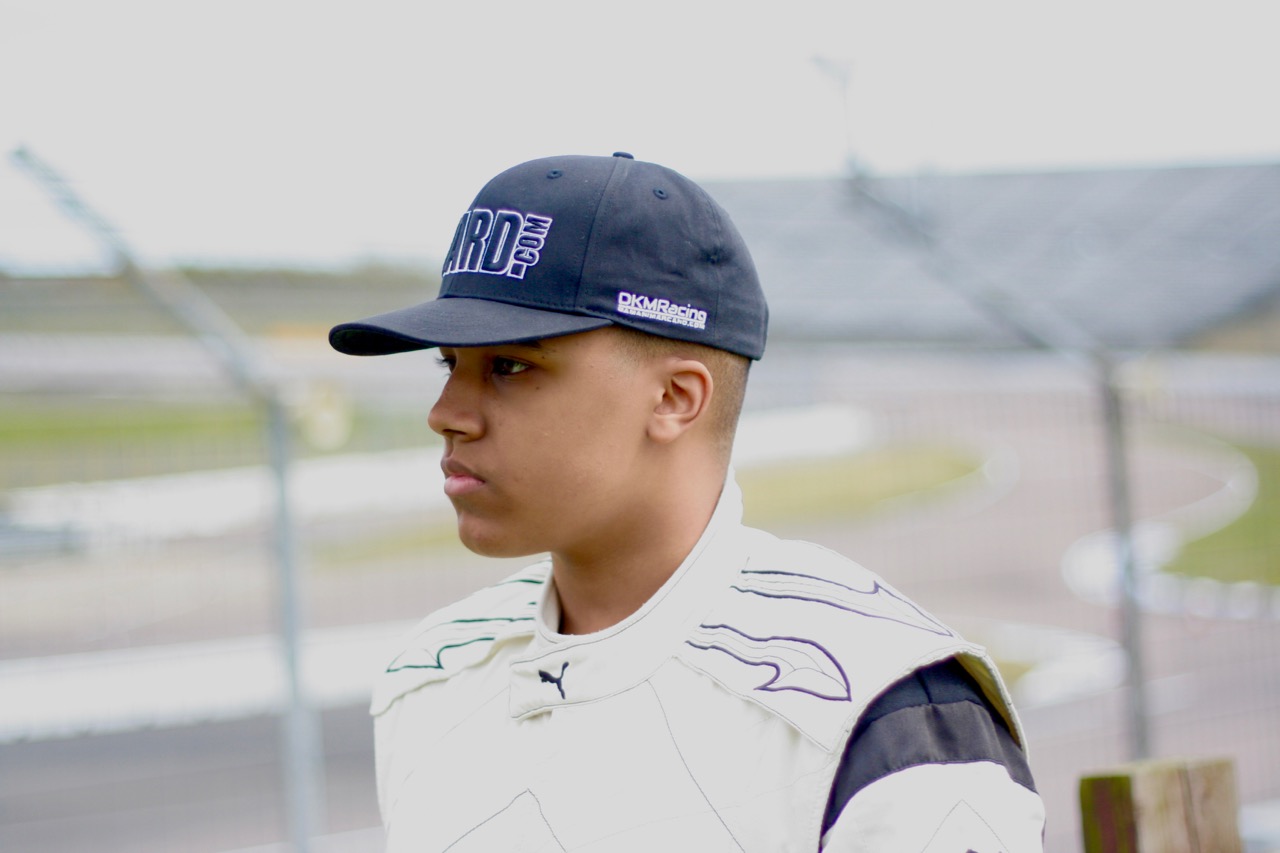 Team HARD Racing driver Damani Marcano comments: “Our race was the first of the day so it was hard for the officials to tell how bad the spray would be. After what happened to me it was obvious that visibility made racing too dangerous and the officials’ decision to cancel the second race was the right call. Team HARD did an amazing job getting the car race-worthy in time, I can’t thank them enough. The repairs will make a big dent in my race budget and I don’t know if it will cover that and Spa without affecting my ability to finish the season. With the support of local businesses that see the opportunity in being a part of my story, anything is possible. They will be joining the other brands from around the UK who have made my racing possible so far.”

Along with his racing career, the Hertfordshire based 17 year old is studying ALevels in Further Maths, Maths, Physics and Design Technology in the 6th form of a school in Haringey, North London.