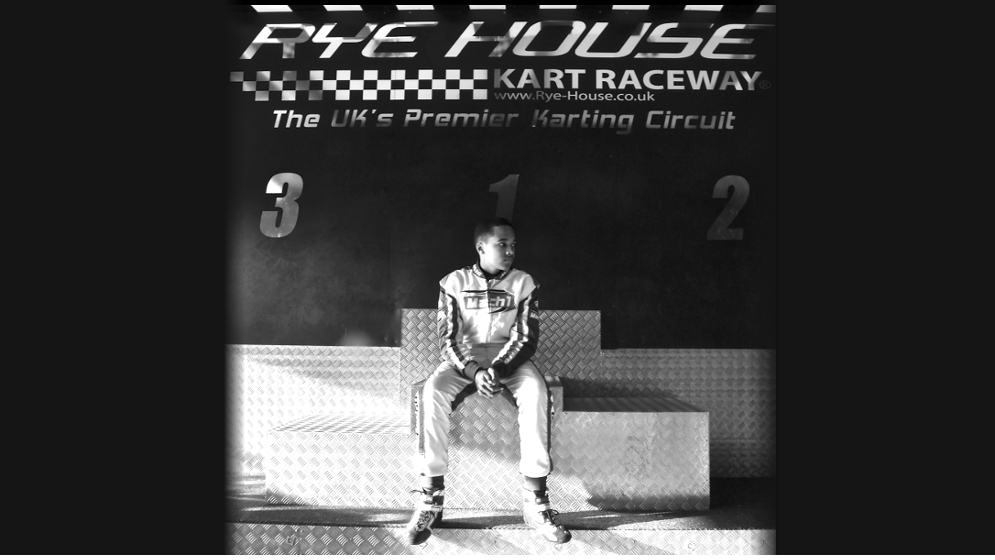 The Story So Far

I was born in Hertfordshire in 1999 and spent my earliest years trying to find out what it was that I loved to do. I tried everything that people said I should try. I loved cars and motor racing, I had a crazy collection of cars and loved Scalextric. Even this  didn’t make anyone think that motorsport was a career I could have, not even me!

One day, only a few years ago, my dad took me karting at an indoor track. There were adults and children there. The adults had faster karts than the kids. My dad had done a little bit of karting and had been trained in race-driving and was the quickest. I was the second quickest!

I went back there a few times and I was almost always the fastest on the track. If I wasn’t, I was trading places with the other quick person there. I then started to beat my dad! One day the manager told him “you have to get him onto a bigger, outdoor track”.

I’ve supported Lewis Hamilton as long as I can remember and Rye House, where he started, was just down the road from us so we went there. 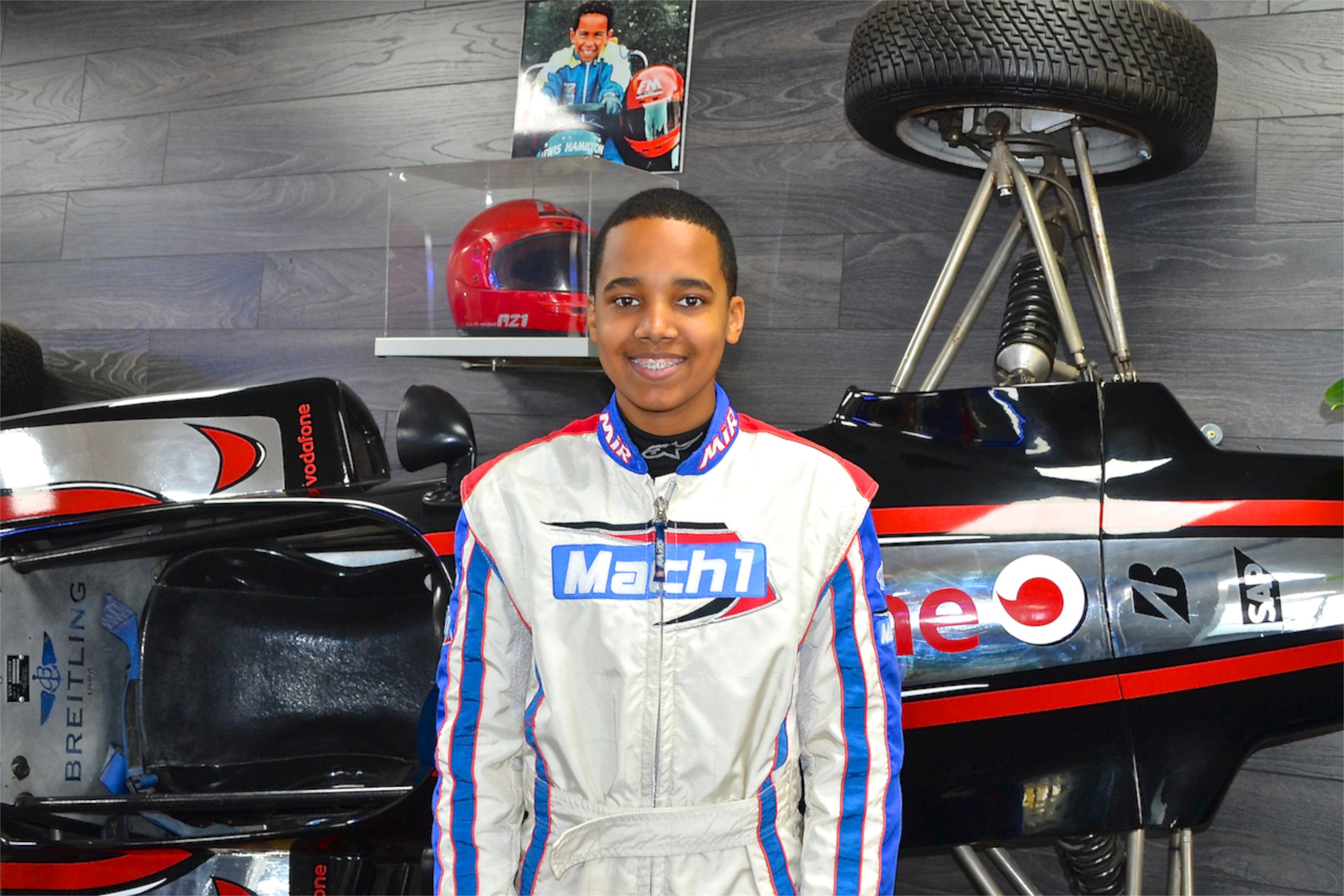 Next thing I know, I’m in a junior hire-kart series with one race-meeting per month. We thought that it would be people like me, with virtually no experience. We were wrong! In my first practice I was way off the pace. We found out that everyone there had been competing in hire-kart series for years and many owned their own karts and raced most weekends! For a second I thought maybe I wasn’t that good. I worked really hard on learning about driving technique and race craft with my dad. By the third race meeting, I won… In the wet!

There I was, standing on the podium at Lewis Hamilton’s first track. It was then that I realised that this was all I wanted to do. I wanted to be a professional racing driver!

At the end of that year I got my kart racing license and Joined MLC Motorsport. I drove a Junior Rotax kart. It was so fast! 70mph was twice as fast as anything I had driven before. The first time I drove it, it was such an amazing feeling that I was laughing constantly. I could barely drive I was laughing so much! 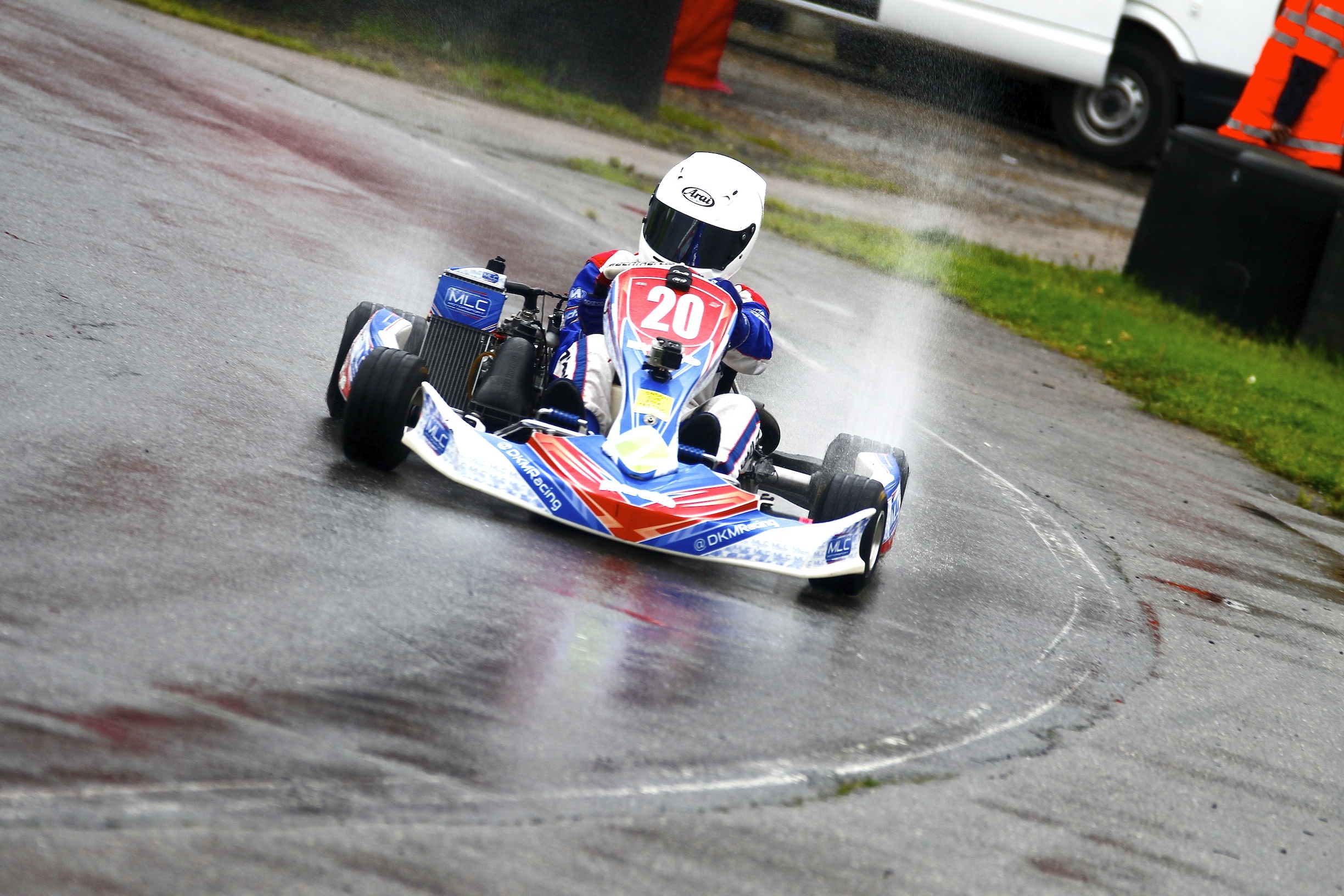 At 14, I jumped straight into racing in the Junior Rotax class in the HKC Championship at Rye House, against drivers who had been racing there since they were 8 years old!

In my first race, in the rolling up lap, I was hit by another driver and injured a muscle in my back and could barely drive. I didn’t give up though! I realised I had to get stronger and started taking my fitness much more seriously. That year, with consistent finishes and a few top-novice trophies I finished the season on the podium with 3rd in the championship and I was awarded the club’s “Most Improved Driver” Trophy. 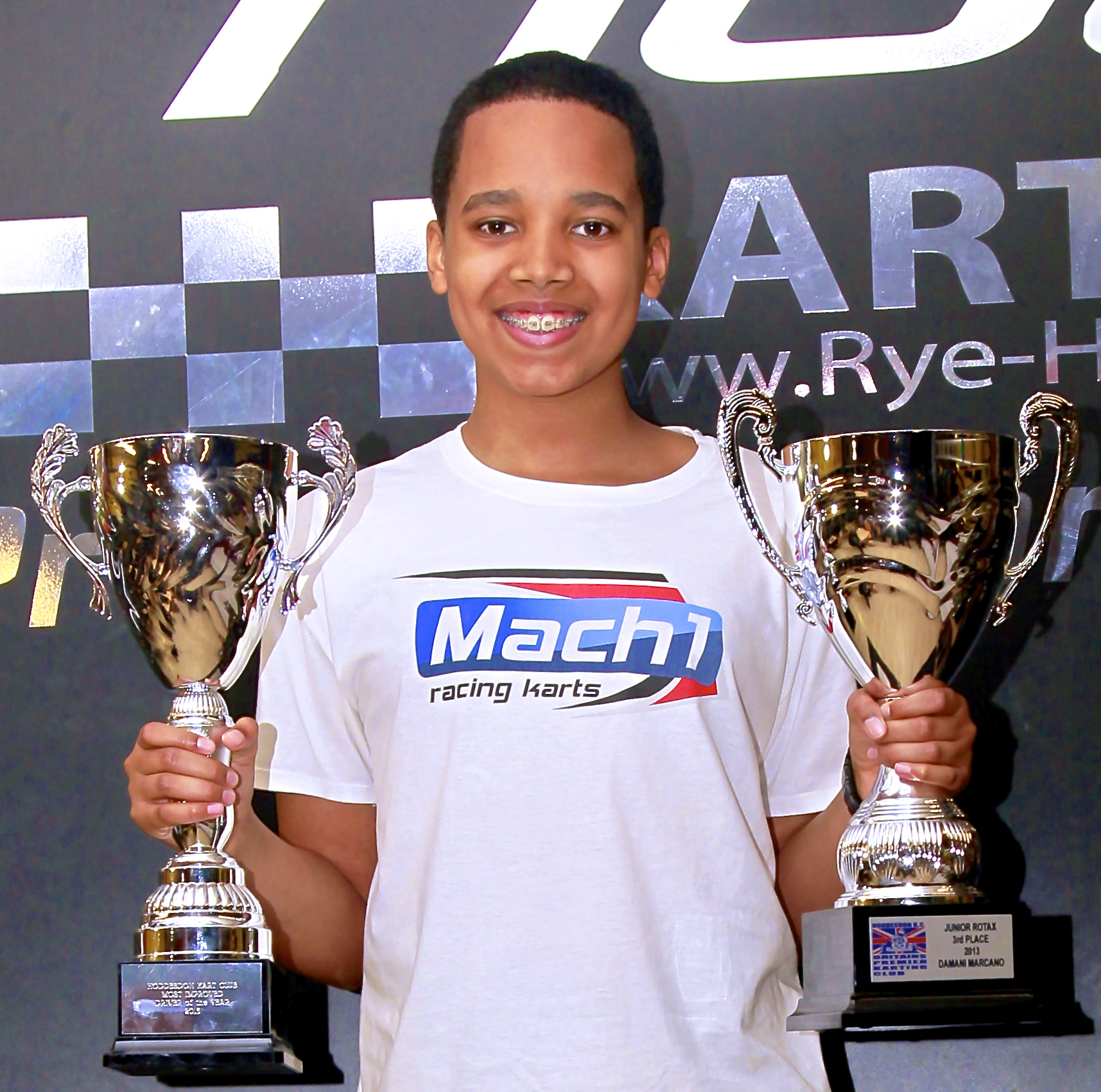 I realised that if I wanted to be a pro racing driver, I had to do two things. First I had to learn fast! Faster than anyone else. I started quite late, at 14, and we didn’t have the budget to race most weekends like most of my competitors. We struggled for money through the whole season.

Second, I had to get seen. We got a GoPro camera and started a YouTube channel. I knew I had to get out there and learn to be as good off the track as on it. It worked! I was invited to help launch a racing simulator experience centre! When this happened I knew it was working. 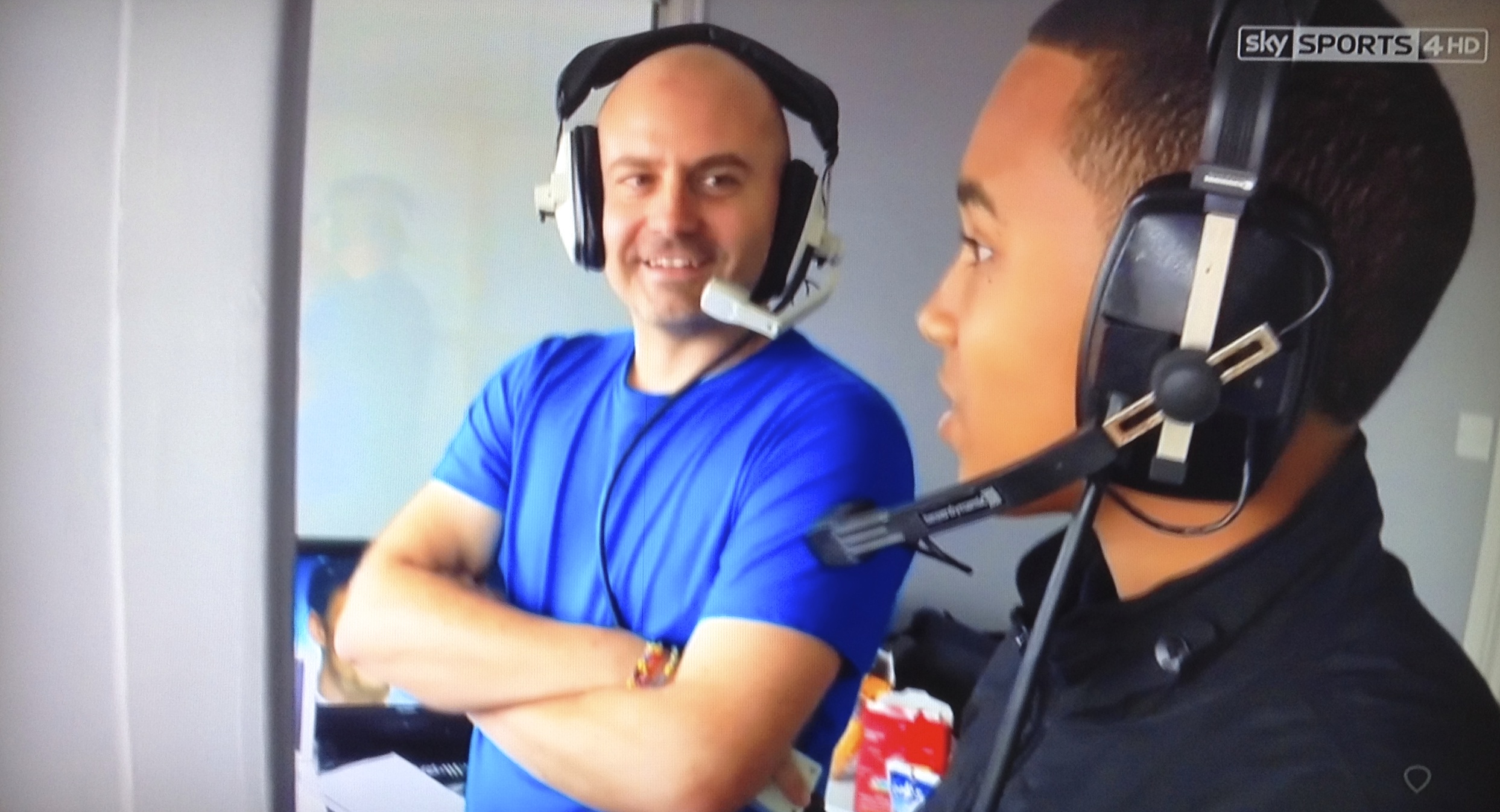 I went to racing events and interviewed people to see how other people handled being interviewed. I learned a lot from that.The next thing I know, at 15 years old, I’m in the commentary box at Silverstone as a racing pundit at the Britcar Sports & Touring Car endurance championships and being interviewed on TV! 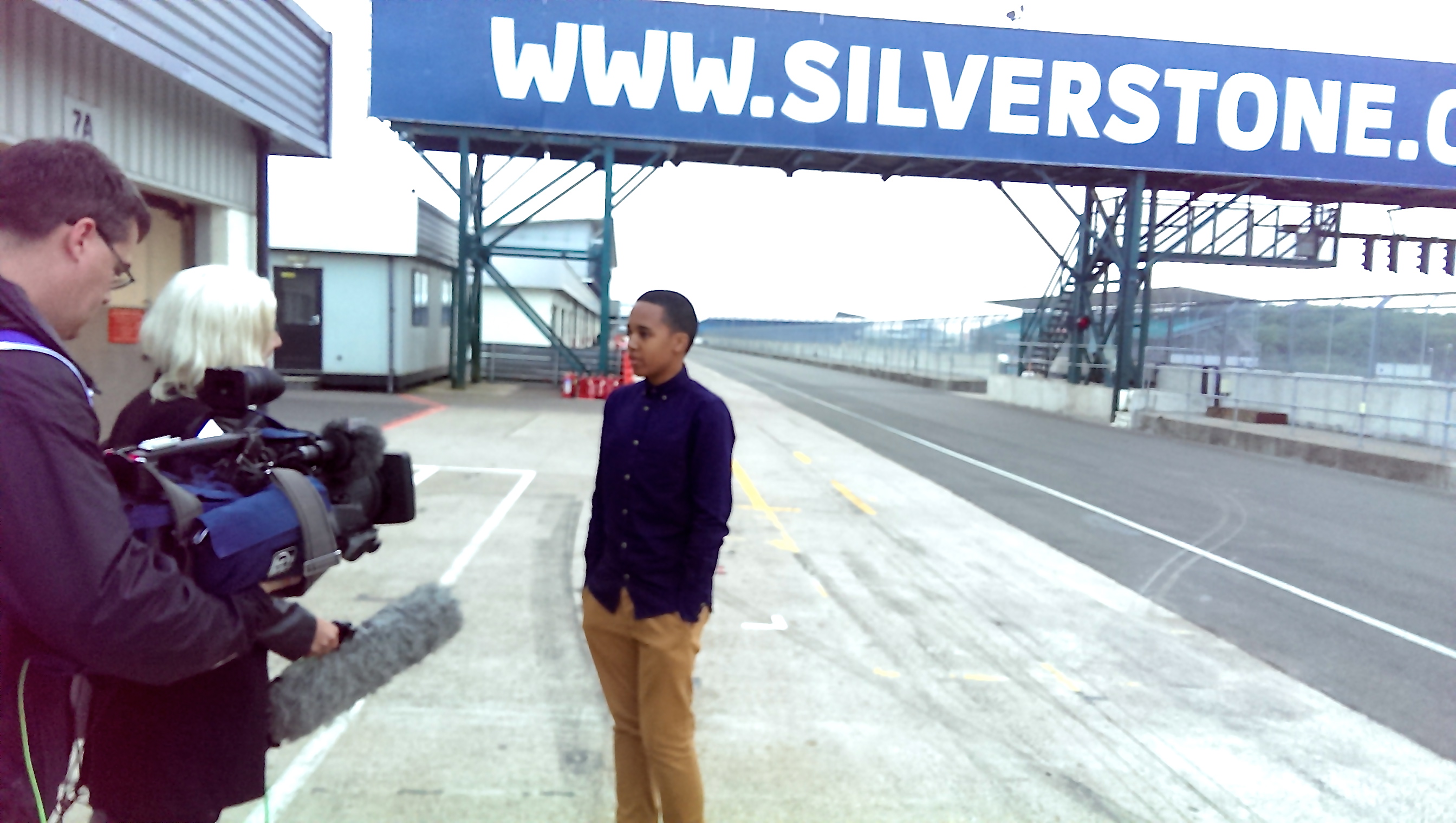 One of my videos was seen by Tony Gilham of Team HARD. He was impressed with how comfortable I was in front of a camera.

If you compare my pace to people who have between 4-10 times my experience I’m up there with them. But I’ve not won any championships or anything. I literally started proper kart racing a little less than 2 years ago. I jumped straight into racing. Many people spend months testing and practicing before their first race. Despite that I’ve regularly been fighting wheel to wheel with top drivers who have been racing every weekend for between 6-8 years! I’ve collected trophies and even fastest-laps! Tony could see this and was more interested in how fast I had progressed with such limited track-experience & budget in such a short time.

Suddenly, he’s got backing to help me step up into cars and made me the first signing toTeam HARD’s 2015 young driver programme. I’m the youngest person ever in the team!

Starting me in the 2015 VW Racing Cup, Tony hopes to develop me over the coming years to eventually attract enough sponsorship to reach the British Touring Car Championships. 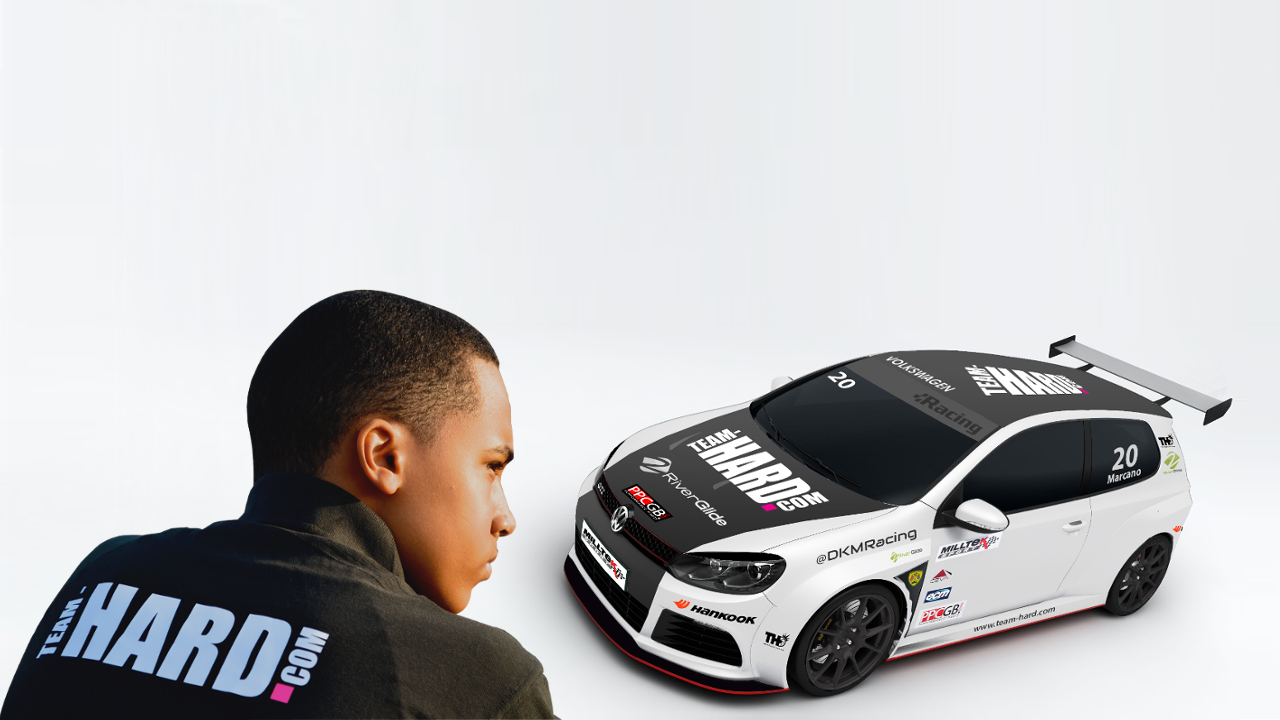 I have now passed my ARDS (Car-Racing License) test and in 2015 I’ll be stepping up from junior to senior racing at the same time as stepping up from karts to car racing. I’m doing this while I am also studying for my GCSEs. I know this year is going to be all about hard work and learning on and off the track. In my racing I’m not expecting anything except some hard lessons on track this year.

We’ve only got the budget to practice about 3 times before my first race. I’m not even old enough to drive a car on public roads yet so this year will be all about working hard and learning fast! If I am lucky enough to get anywhere near the podium with so many experienced drivers on the track it will be a miracle. My focus is to get experience and show that I can achieve more than people expect from a teenager who has never raced a car before.

The hardest part of all of this is finding the budget to really give this a shot. I am working hard on finding sponsors and new crowd-funding backers. Who knows, maybe you can help…