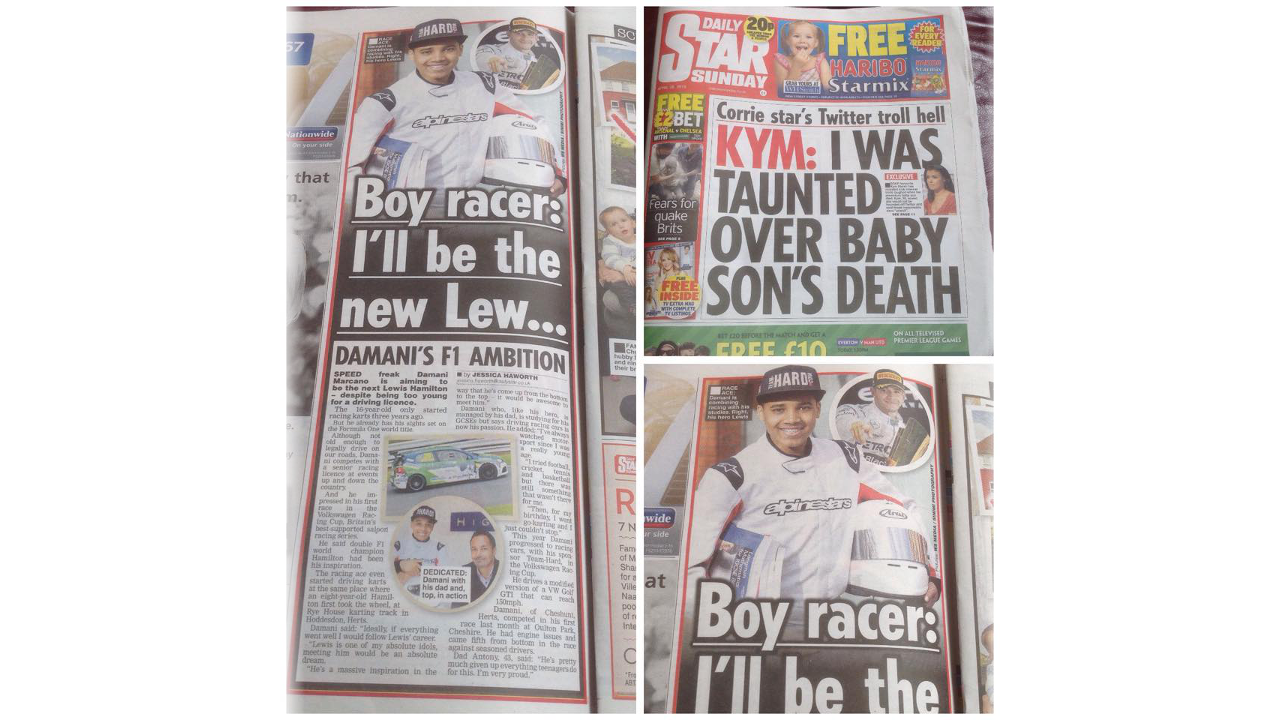 The Daily Star on Sunday interviewed me and came to my school to take photos. We talked about a lot of things but the main thing that stood out for them was how I was inspired by Lewis Hamilton. This is a great piece of coverage!

I would not say “I’ll be the new Lew” but I am definitely inspired by Lewis. I’ve spoken before about this. I came from similar beginnings to Lewis and I even started at the same kart track, only I started a lot later in my life than him. Lewis is definitely an inspiration to me, at the same time I also want to define myself individually, as a person and as a driver. While F1 is a dream-drive, for now I am focused on the Volkswagen Racing Cup with Team HARD.

I need to gain enough sponsors to first complete this year. Then, I’ll need to build on that for a second season. My first major goal is to build up enough sponsorship to reach the British Touring Car Championships, eventually the World Touring Car Championships and then GT and Prototype racing. I’ll be very happy if I can one day be paid by a factory team to race. A switch to single seaters will mainly depend on the sponsorship I can win along the way. Hopefully I can attract more backing by individuals via crowdfunding and the sponsorship I need to help me succeed.

It was really nice for my dad to get mentioned too. He has given up everything to make this possible for me and I am really glad they put a picture of us both in the newspaper. He really believes in me:

“He’s pretty much given up everything teenagers do for this. I’m very proud.”
-Antony, my dad

You can read the article online here.